The Afterschool Program is an independent nonprofit organization serving the PS 107 community. PSACC is led by the Board of Directors, which consists of volunteer parents whose children are currently enrolled at PS 107.  We have two paid administrative staff, Executive Director Sandy Phillips and Bookkeeper Deborah Nocella.  In addition, Diane DiTonno-Gilhuley retains her roles as both “heart and soul of Afterschool” and the PSACC Athletics Director.  Many of the regular teachers at PS 107 also work for PSACC, as do support staff such as School Security Officer Sharon Hosanna and the tireless custodial staff.  The Afterschool program works closely with the PS 107 Administration, without whom the program simply could not exist. 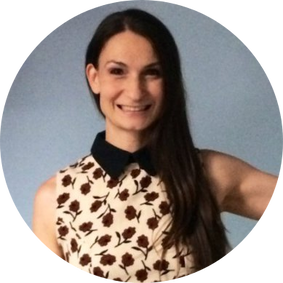 Sandy Phillips has been working with young people since her undergraduate days at the school for dance at Virginia Commonwealth University, where she received her BFA in Dance and Choreography.  Combining the fields she loved, youth education and the arts, Sandy worked throughout her college years at various childcare centers and schools.  She went on to receive her MFA from The Boston Conservatory, where she maintained a strong focus on studio management and program operations.  After moving to New York, Sandy established the non-profit dance company Four Corners Movement Project and opened a yoga studio here in Brooklyn, offering programs to youth and adults.

After the birth of her son, Sandy joined the staff at the YMCA, helping to establish the newly-formed family programs.  She earned an Associates degree in Early Childhood Education from Kaplan University, and advanced in her career at the YMCA, ultimately serving as Program Director, overseeing Family, Art & Culture and Healthy Lifestyle teams between the Prospect Park and Armory YMCAs.

Being a parent in the community herself, Sandy is a strong advocate for honoring every child as an individual.  She understands and appreciates the need to work with the family as a whole, and looks forward to her sixth year with the Park Slope Afterschool Center.  Sandy can be reached by emailing director@psafterschool.org or by texting or calling 347-786-0483.